2013 began as a rebuilding year for the Bears after losing 12 seniors from the 2012 team.  This group adopted “journey” as their motto to realize that each day, practice, and game was a piece of the journey of the 2013 baseball season.  The group of young Bears was lead both on and off the field by a wonderful group of seniors.  Ben Baugh, Austin Baker, Derrick Watkins, Tyler McFarland, and Nathan Rasnick provided leadership that cannot be measured in just wins and losses.
​
Highlights during the season were plentiful.  The biggest regular season win came on the road at Clintwood.  Union defeated a loaded Clintwood team that had the best season in its school’s history to help secure a share of the Lonesome Pine District title.  This season also marked the last season of LPD play.  The district was dissolved as Union will move to a new district, conference, and region in 2014.  Another key highlight was winning the final LPD contest in any sport by defeating JI Burton in the LPD Tournament.  The greatest accomplishment by the 2013 Union Bears came in the Region D Tournament with a stunning come from behind win at Lebanon.  Union entered the 6th inning down 6-0 and came back to win 8-7 on the road.  The Bears’ season ended in the Region D Semifinals with a loss to Honaker at Virginia High.  The five seniors from this team paved the way for future success for the Bears Baseball program.  ​ 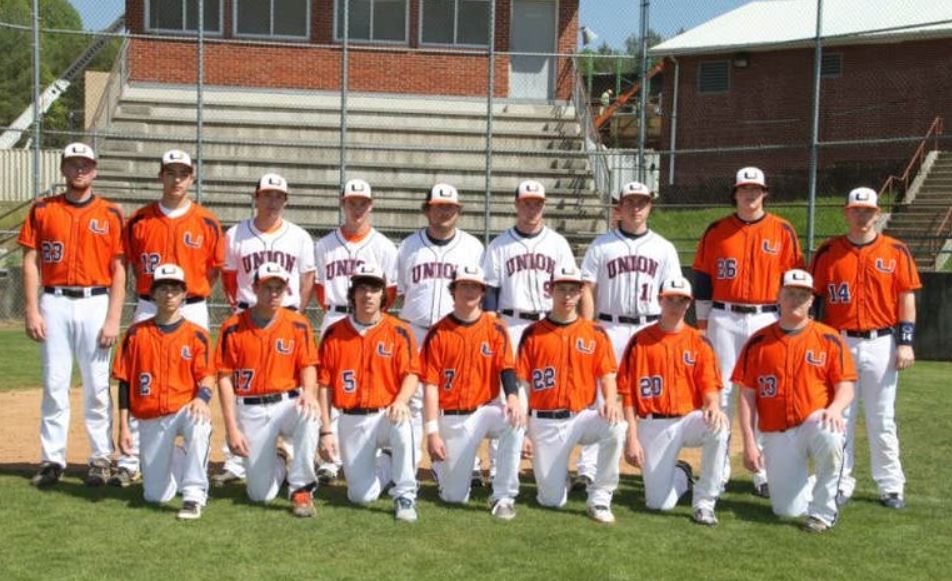